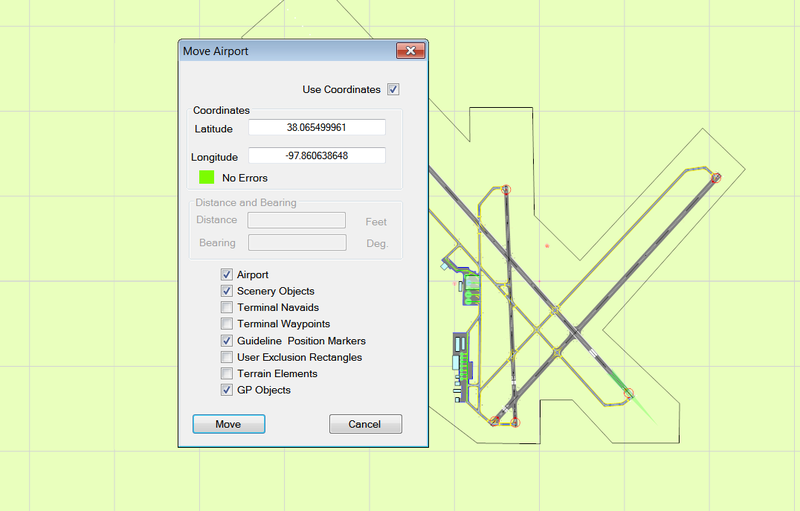 ADE has had the ability to move airports for a long time (provided you have a ProKey).  Recently we got a number of reports from users who either could not move the airport or got some duplications.  This seemed rather erratic and in testing we found that changing the parameters of the move even slightly would get the move to happen.

What we think is actually happening is the same as we find for stock navigational aids.  Microsoft did not provide us with a method to exclude the stock navaid so trying to delete it does not work.  Moving one results in some odd behaviors.  Over some distances the move works.  Then the navaid might duplicate and then it might not move at all.

Microsoft gave us exclusion flags and tools to hide stock airport data so that it can be replaced with our own.  However they didn't give us a way to exclude the airport reference point.  I guess they never thought that we might want to actually move an airport.

So if you have problems moving a stock airport in FSX/P3D then chances are you are running into this problem.  You can try moving the airport reference point around a bit within the new airport location to see if that will help but it is all trial and error.

There is always something new to learn and not all of it good!